Note: You have two options:

a) You can opt to only study the PG Diploma in Professional Food & Beverage Photography, which includes social media content creation. (6 Months).

(b) On successful completion of the PG Diploma in Professional Food & Beverage Photography course, you can opt to continue your study of Documentary filmmaking (4 Months)

The advancements in professional photography equipment (the amazing possibilities of digital filmmaking with DSLRs and mirrorless cameras), the giant strides made by social media in marketing and the rapid growth of OTT platforms - today, the way content is produced and consumed is changing drastically, opening up new horizons for the visual communicator. The objective of this pioneering course is to capitalise on these new opportunities.

A graduate of this course, depending on what you chose to study, will have the necessary knowledge and skills to explore a whole range of career possibilities as a professional photographer, social media content creator and documentary filmmaker in the communication industry.

This course is meticulously structured and is designed to optimise time and resources with a faster turnaround. It is totally immersive. The schedule is densely packed. It is assumed that the student will be very passionate, highly motivated and totally committed to get the best out of this course. 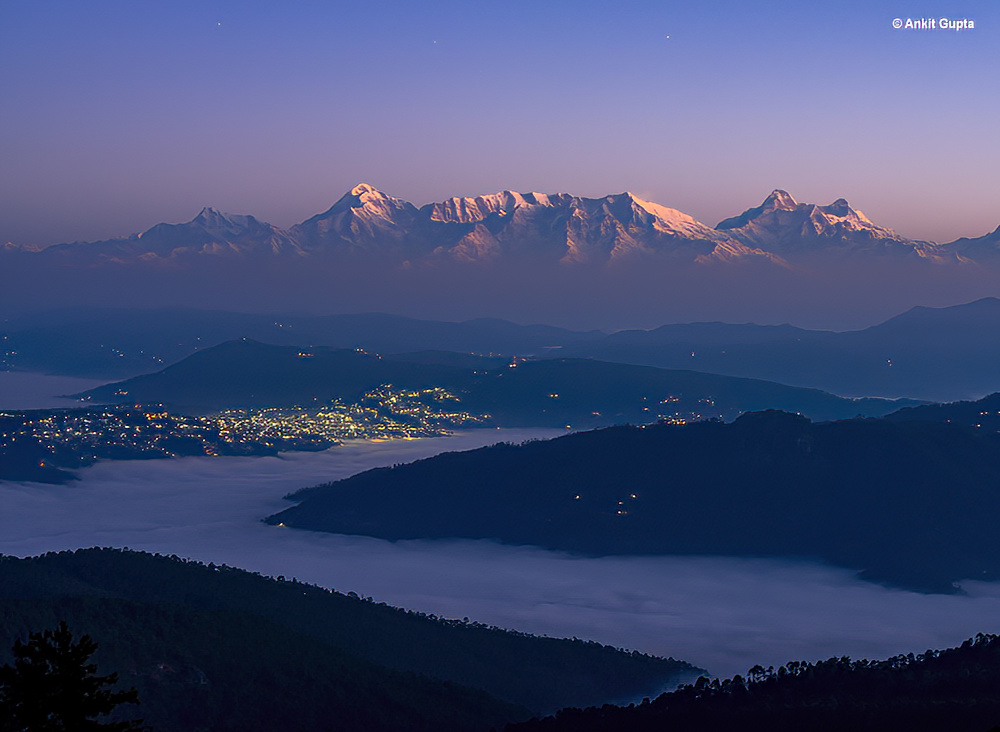 The course begins with an in-depth study of the fundamentals involved in creating an image.

Aesthetics of Photography: A study of colour and composition and how it impacts an image

History of Photography: How the process of creating images has evolved over the years and along with it the aesthetics. (An appreciation session)

Natural Light: An in-depth study of natural light and its qualities. The many different ways in which light adds mood and dimension to an image.

Moonlight & Astrophotography: A study of how images can be made in moonlight and how the night sky can be captured through photographs.

Filters: The use of filters & their applications in manipulating images captured by the camera

Every area of study will be covered through lectures, slideshows, demos (Wherever required), followed by time-bound assignments with critique (Individual/Group) and grading. 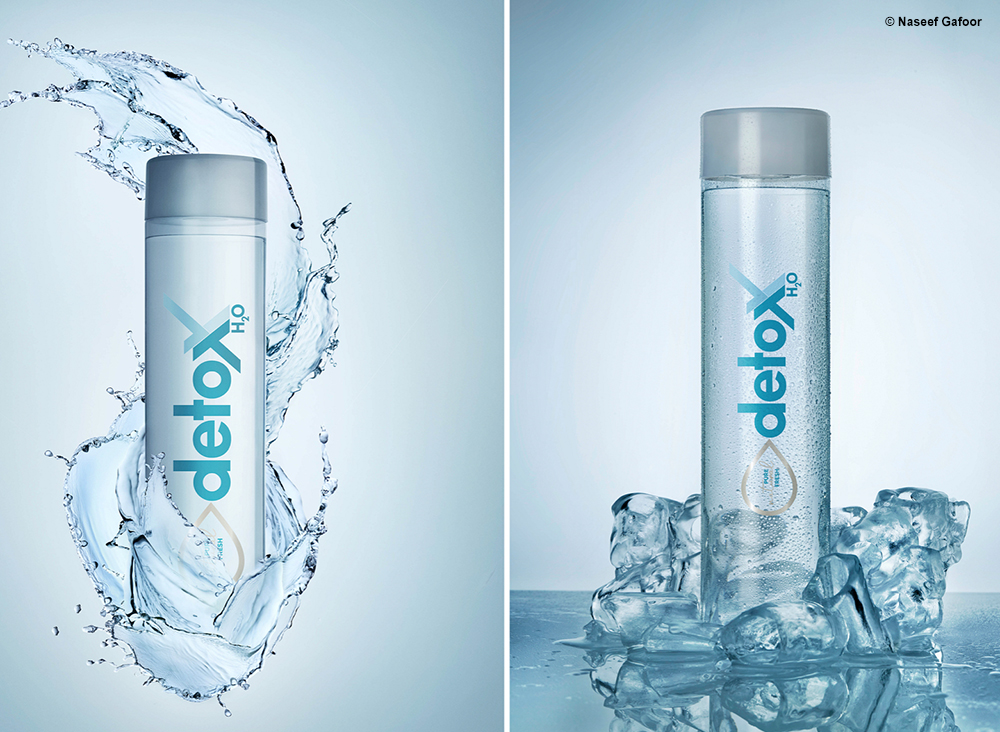 This section will give students an in-depth and conceptual understanding of artificial light sources and their applications.

Every topic (above) will be covered through lectures, visual presentations, demos, followed by time-bound assignments with critique and grading

Tilt-Shift lenses: Understanding the different movements possible with tilt-shift lenses and its applications in various areas of photography. (A workshop)

Aerial & Drone Photography: Understanding the techniques of photographing subjects from an aerial point of view. (A workshop) 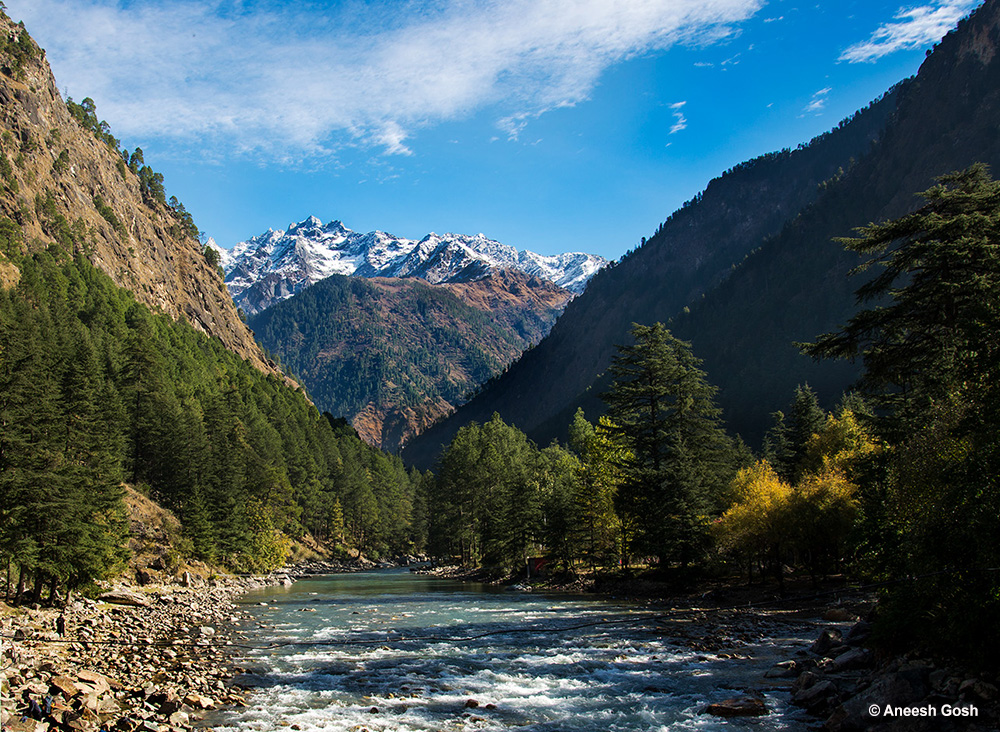 The observation and appreciation of nature is an essential part of the ethos of Light & Life Academy. The belief is that every single image made is knowingly or unknowingly inspired by nature.

Cultivating the habit of observing nature in terms of shape, form, colour, texture and very critically, light - is therefore a very important component of the course.

There will be time-bound assignments with critique and grading. 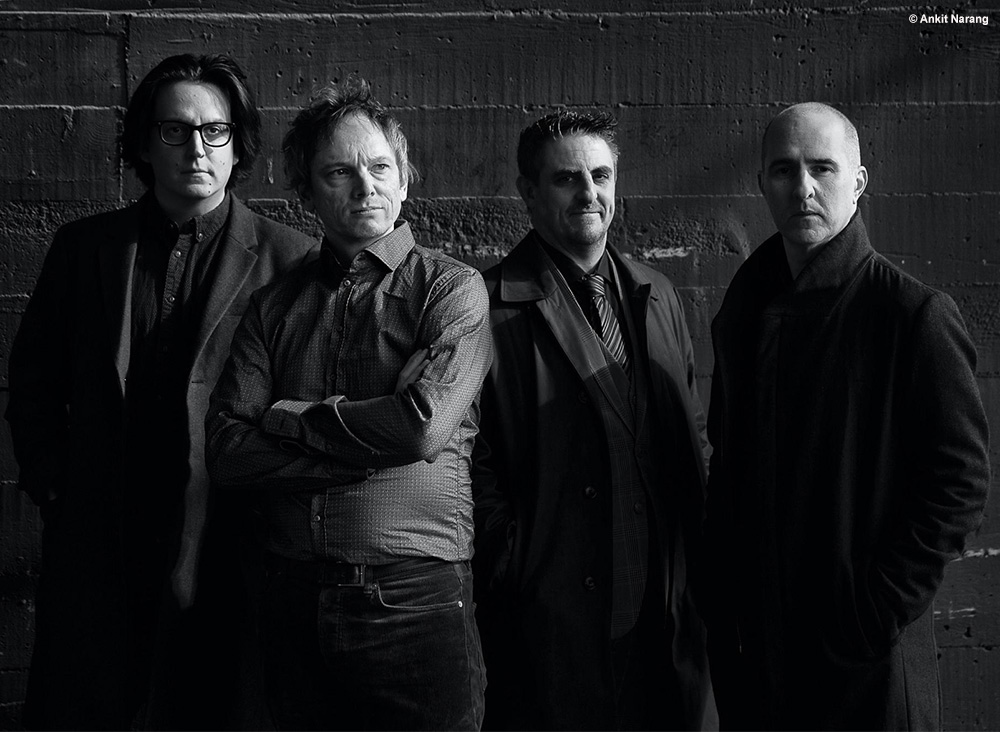 Whether it is to market a product or cover an event or document a story, understanding how to communicate effectively, is essential.

The course will cover the following topics:

This session will be conducted in a workshop format. Each topic will be covered through case studies and exercises. 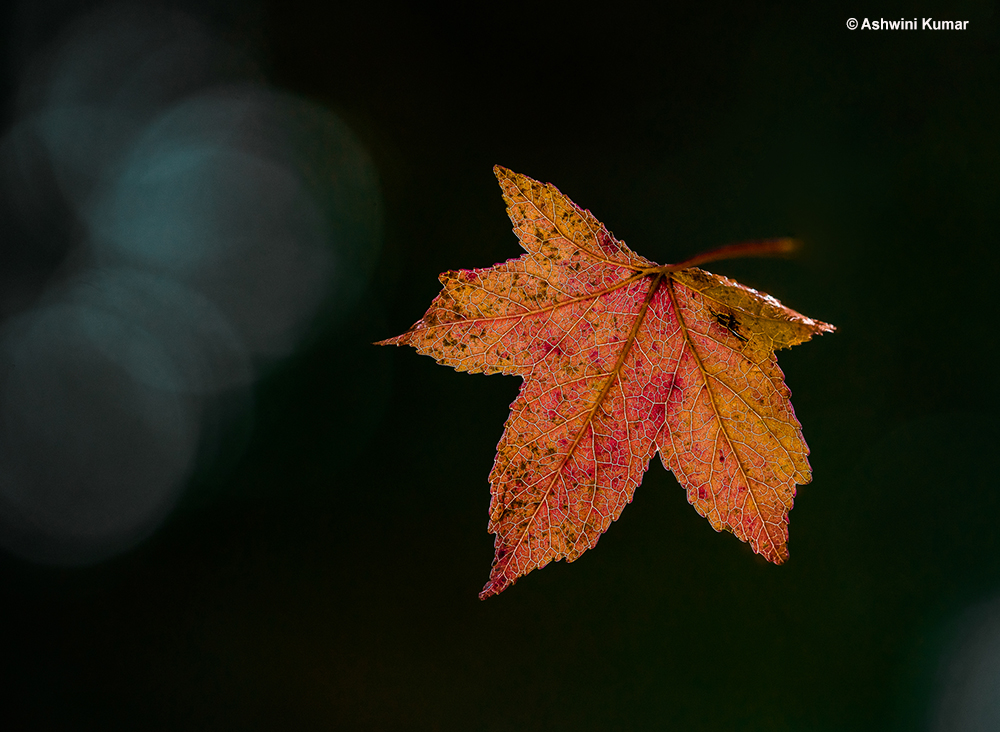 The foremost objective of practising any visual art form is to fulfil the desire of creative self-expression. This module is designed to realise that objective.

Building on all the previous sections, this module will instil in students an understanding of what it takes to create a fine art image. It will cover different photographic processes and techniques to help create an image that can be exhibited and sold.

An in-depth study of Digital Black & White Photography and how to manipulate it creatively in post-production will be an important part of this module.

There will be emphasis on the process of coming up with themes based on individual areas of interest to put together a cohesive body of work. 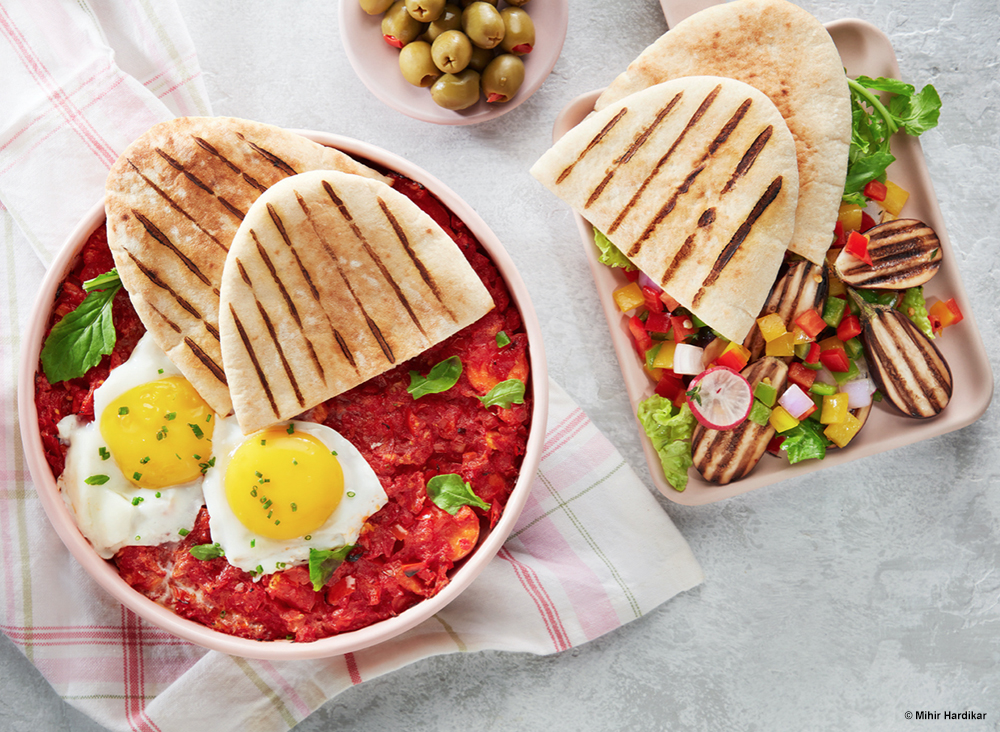 Students get a thorough understanding of different types of surfaces and how light reacts with them. They will learn high speed splash photography and also learn to conceptualise and create images of products of all types.

Students will study food and beverage photography in-depth. They will be taken through the importance of appetite appeal and the nuances involved in photographing different types of food/beverages.

There will be lectures and visual presentations by a practicing and accomplished professional photographer who will take them through a full-fledged shoot with professional food stylists from the industry. The whole process will be detailed from start to finish - understanding of food styling, creating a production document (with themes, moods, props and references), shooting food/beverages in studio and outdoors as well as splash photography techniques.

There will also be demos, during the session, on making short communication pieces on food and beverages, which can be used as content for social media and other digital platforms.

The students will have to work on an assignment to showcase their understanding of this specialisation. 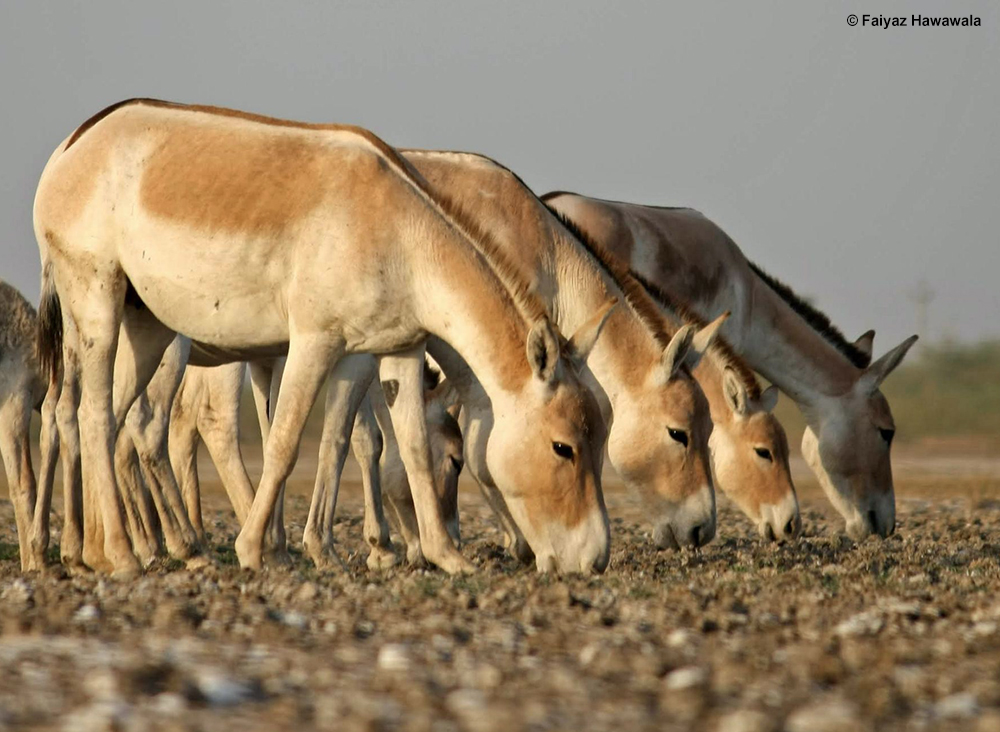 Learn how to create content for Social Media - Still & Video
There will also be demos, during the specialisation, on making short communication pieces which can be used as content for social media and other digital platforms. 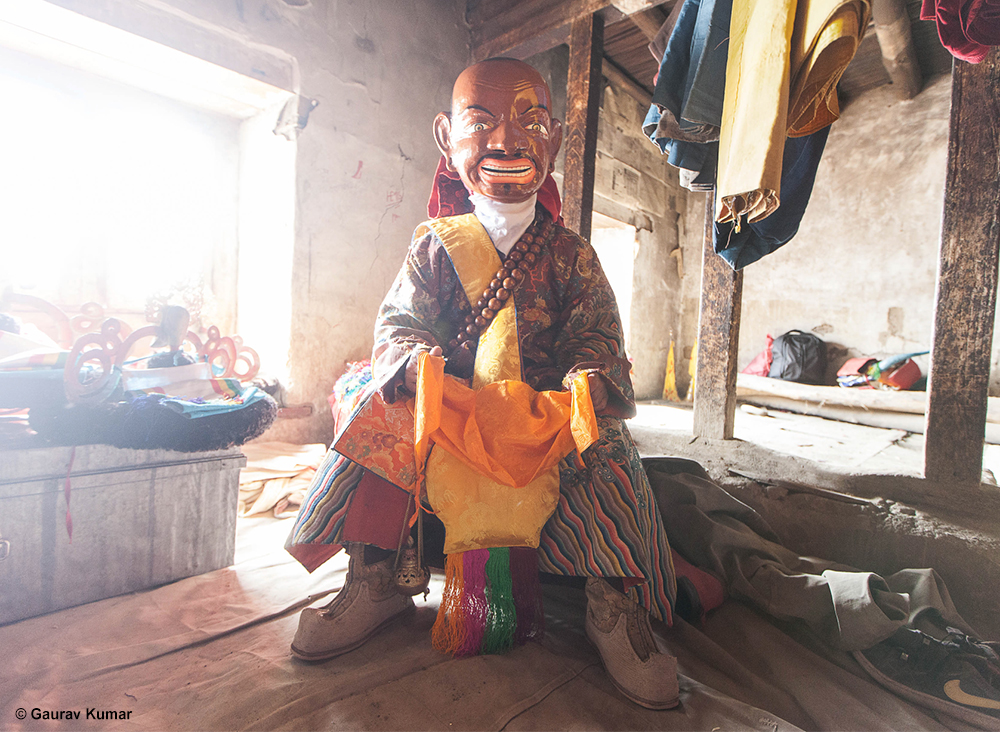 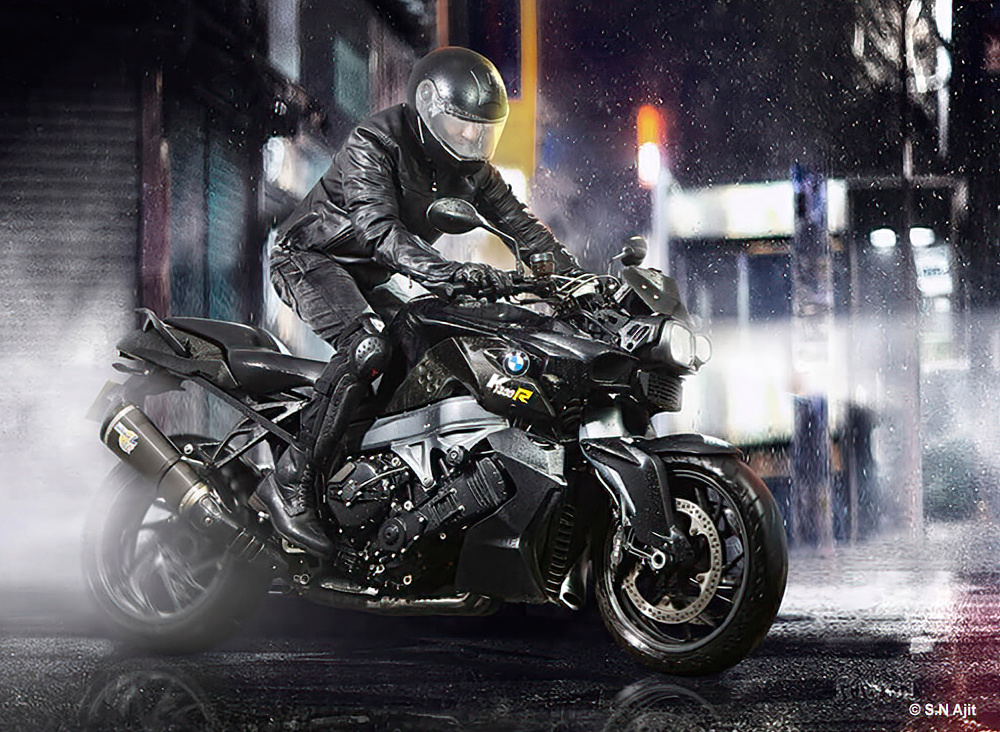 Workshops in Automobile Photography, Underwater Fashion and Wildlife will be offered subject to a minimum number of students opting for the workshops. These workshops are offered at an extra cost. 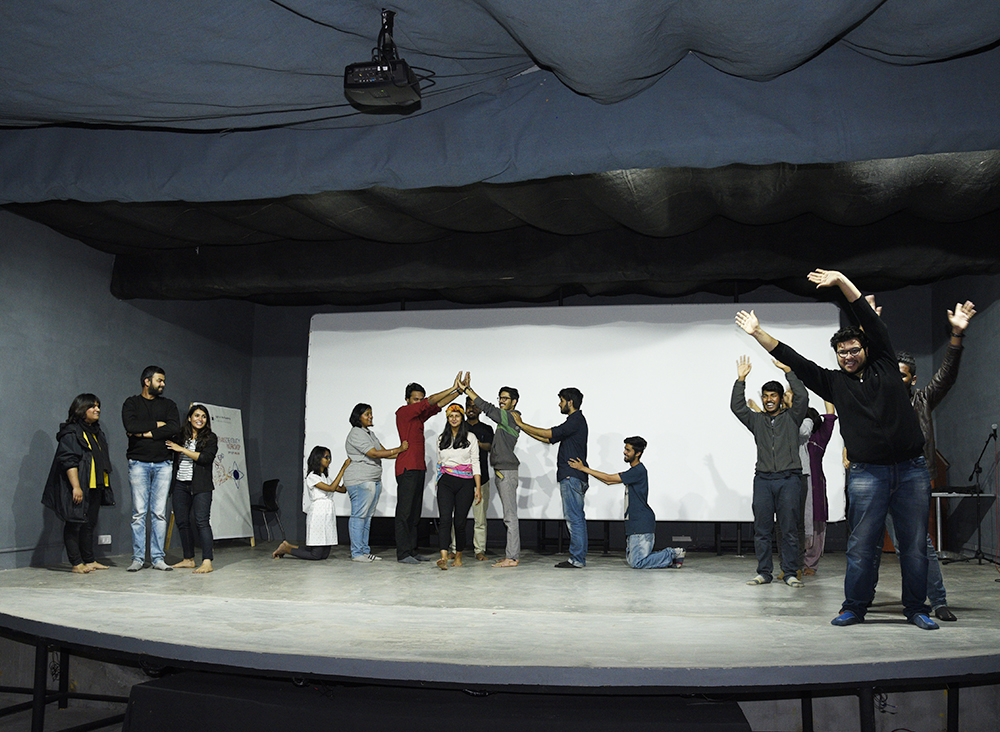 Light & Life Academy believes that it is important for the student to be exposed to inputs of different kinds, beyond their core area of study, which will help broaden their horizons and enrich their journey as artists and communicators.

It could be short workshops or seminars depending on the content of the session and the presenter. Some examples of sessions that have been conducted over the years include : Visual Music. Theatre workshop. Transcreativity. Pottery. Art Appreciation.

On successful completion of sections A to J, students will have a body of work that will showcase their knowledge and creativity. They will be eligible for the award of the Post Graduate Diploma in Food and Beverage Photography.

Note: Students are encouraged to create an additional portfolio to present a broader spectrum of their photography talent.

Evaluation is done on a continuous basis, on assignments submitted and tests administered. The students are expected to clear every single assignment/test with a minimum score of 70%.

Light & Life Academy believes that every student can make the grade, and the student is given enough opportunities and assistance from the faculty to achieve the minimum grade for every assignment.

Note: The policy of the Academy is to constantly update the course content. This is based on developments in the field/industry (technical, aesthetic & communication). The course content, schedules and methodology are therefore subject to change even as the course is in progress.

Photographers can get assignments in several fields:

As Advertising Photographers for Advertising agencies,
Assignments with independent clients, especially in MSMEs, small scale units and independent restaurants, chefs, as Photographers for magazines specializing in food & Beverages.
Assignments with Advertising and Digital Media Agencies as content creators, both still and films.
Art Directors & Visualisers in Advertising agencies.
Assignments with e-commerce platforms.
Stock Photography for stock agencies.
Editorial and sports photography for publications (print and online).
Photographers could also choose to focus exclusively on fine art photography, exhibit their work, put up a website and sell their images as art.
Some may want to explore the possibility of teaching at Visual Communication and Mass Communication institutions, even as they pursue their individual passion for photography.

GST as applicable will be payable on the fee. Current rate: 18%.


Additional Expenses to be borne by the students

This area of study will guide the students to build on all that they have learnt so far and transfer it to the moving medium. Films.

The making of a film - from shoot to edit to sound.

Understanding and exploring the role of the Director (the team leader), the DOP, and the role of Editing & Sound.

Every area of study has its own time-bound assignments with critique.

Working on a real project to produce :

These will be group projects with each group making one film.

GST as applicable will be payable on the fee. Current rate: 18%.

Eligibility Criteria
Admission is open to any graduate (with a minimum of 15 years of formal education), who is over 20 years of age.

In rare cases, exceptions will be made at the discretion of management, for those who have not completed a UG degree, but have substantial work experience.

If you have any queries regarding eligibility call us at +91 7598287370 or write to us at admissions@llacademy.org

Equipment
The course requires candidates to have their own DSLR/Mirrorless camera with lenses ranging from wide to tele, portable flash, tripod, filters, laptop and sundry accessories. A specific equipment list will be provided once the candidate is accepted.

Accommodation
Light and Life Academy does not provide hostel facilities. However, assistance will be provided by the academy in finding appropriate accommodation.

Admission is on a first-come-first-served basis and involves a three-step process:

The Academy notifies admission status soon after the interviews.

The following documents are needed during the application process. All files uploaded to be under 1 MB.

a. Profile Picture: Digital file of a recent passport size photograph against a plain background (Note: ‘Selfies’ not accepted)
b. Digital copies(PDF/Jpeg) of Educational certificates.
c. Reference letters (Optional).
d. Portfolio: 20 images made by the candidate.

Note: Once the application process has been initiated, the form can be accessed by using the unique URL sent to your email id.

Upon payment of Rs.2500/- + GST, the application process is complete.

Once step 1 & step 2 are completed, you will be informed about the next step within 2 working days.

You can reach out to us in case you have any doubts/clarifications.

Light and Life has taught me more than just photography. Right from the faculties to the akkas and annas, they have taught me to be a good person first. I will cherish these days for the rest of my life and will do it all over again in a heartbeat.

Studying at LLA was an extremely life changing experience. A part of who I am today is because of LLA and anybody who walks into that campus would want to study there.

The following documents are needed during the application process. All files uploaded to be under 1 MB.

a. Profile Picture: Digital file of a recent passport size photograph against a plain background (Note: ‘Selfies’ not accepted) b. Digital copies(PDF/Jpeg) of Educational certificates. c. Reference letters (Optional): The candidate may upload any reference letters.d. Portfolio: 20 images made by the candidate using any camera. Note: Once the application process has been initiated, the form can be accessed by using the unique URL sent to the candidate’s email.

Upon payment of Rs.1000/- + GST, the application process is complete.

Light & Life Academy will send the candidate an email with the future steps within 2 working days.