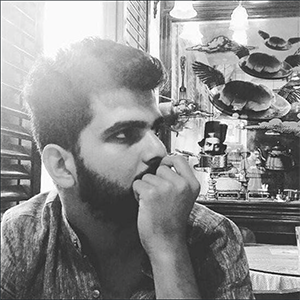 Varun is an Independent Film Editor practising in Mumbai. He has worked on projects for various OTT platforms such as Netflix and Amazon Prime. Recently he was part of the Editorial Team on a critically acclaimed and commercially successful docu series, ‘House of Secrets’, on Netflix. Currently he is working on a  web series, ‘Made in Heaven – Season 02’, as an Associate Editor. Along with this he has edited various short films and documentaries. His short documentary ‘Aagaswadi’ was screened and won numerous awards at  international film festivals. He has also effectuated commercial Adverts and Corporate videos for multiple brands and companies.

Varun completed his post-graduation in Film Making and Film Editing from Film and Television Institute of India, Pune. He earned several scholarships while studying at FTII. While studying at FTII he was part of a student exchange scholarship program at La Femis film school, Paris. Previously, he studied at Light & Life Academy, Ooty, doing the Diploma in Professional Photography programme. He is an Engineering graduate from Mumbai University.