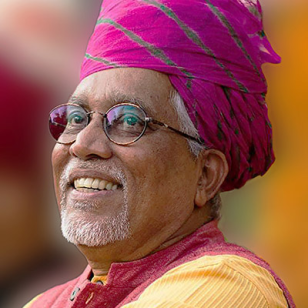 Prof. Subhash Tendle has over 35 years of relevant hands-on experience in creative advertising  and brand communication. As Creative Director for FCB-Ulka for more than two decades, Prof. Tendle has worked on brand communication campaigns both in print and TV medium for several well-known brands including Godrej, Ceat Tyres, Ciba Geigy, Crompton Greaves, ITC Hotels, Captain Cook (Atta and Salt), Santoor Soap and Nerolac Paints to name a few. He was responsible for creating the famous mascot, ‘Goody’ the tiger, for Nerolac Paints. During his stint with FCB, he was also involved in training the younger recruits in the creative department.

He later joined MICA as an associate Professor in 2001. In 2006, He became a Professor and Director of ‘Crafting Creative Communication’ (CCC), a specially designed course for budding art-directors, copywriters and ad-film makers. The alumni of this course hold top creative positions in various organizations. He continued to teach at MICA till March 2021

He is Currently working as the Academic Director in Explorra-HK International Design School, Ahmedabad. He is also a member of Governing Council for Vijaybhoomi School of Design.

He is also an accomplished illustrator. He has illustrated the first two titles of Amar Chitra-Katha as well as ‘Gul Mohor Series’ of textbooks published by Orient Longman.