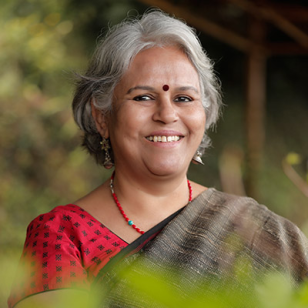 Pankaja Srinivasan has been a journalist since 1985 working with leading newspapers and magazines. These include Star & Style, Eve’s Weekly, The Indian Express, News time, IndiaToday, Deccan Chronicle and The Hindu. She retired as a Senior Deputy Editor from The Hindu on June 30, 2020.

Since then she has been writing and editing for Goan Connection on issues relating to rural India. She has an abiding interest in writing about travel, food, history and literature. The fact that her husband was in the Indian Air Force enabled her to travel extensively in the country and write about her experiences. She has travelled the world and has enjoyed writing about the culture, food and heritage of the countries she has visited.

She has had the privilege of being deeply involved with The Hindu’s Music and Theatre fest in the city. She has been an active member of The Hindu’s Lit For Life festivals in Chennai, where she has led conversations with eminent writers such as Perumal Murugan, Colin Thubron and Chitra Banerjee Divakaruni and been a part of the panel discussions on children’s literature, poetry and books.

Pankaja who has led the MetroPlus team in Coimbatore for many years is proud to have mentored many of her young colleagues in writing and tenets of good journalism, and they are all bright young journalists to reckon with today. She has interacted with the students of several colleges in her guest lectures about journalism and literature. She has delivered talks on writing and inculcating reading habits in children, at the Defence Services Staff College, Wellington, for 18 years. She has also conducted several sessions for LLA students, about the role of photographs in journalism to make an impact, the importance of captions and how to write them to tell a story.