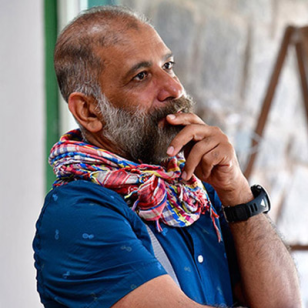 Gurinder Osan specializes in photojournalism, landscape and social documentary photography. Presently he works as Photo Editor for Press Trust of India, heading and mentoring a pan India team of many talented photographers. His previous roles include being the National Photo Editor at Hindustan Times for 5 years. Prior to that he worked as a frontline photographer for the Associated Press, based in Delhi, for 10 years – where his work took him from war zones to cricket stadia, natural calamities to nuanced human-interest stories that he has witnessed and photographed. He has earlier worked for BusinessWorld magazine and Indian Express newspaper as a photographer.

He has done exhaustive work in the Himalayas, documenting its glorious landscape and hardy people. He is a trained mountaineer and has trekked on foot into the remotest corners of its tough terrain. His travel includes riding these ranges on a motorcycle in the ‘90’s; at a time when very few took up the challenge, a feat he repeated by riding to Ladakh in Sept. 2021.