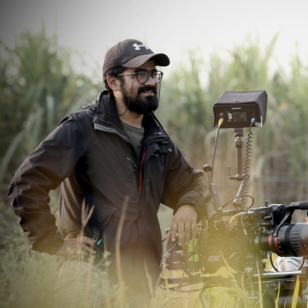 Arkodeb Mukherjee, popularly called Arko, is a freelance DoP. He specializes in long format narratives and has made a name for himself not only for his short films, but also in the domains of Travel, Web series, Fashion Films, Music Videos, Commercial, as well as Feature Films.

His work has been widely recognized and awarded at various international film festivals. Some of his well-known works include, Chaman Bahaar (2020) for Netflix starting Jitender Kumar, Directed by Apurva produced by Saregama India, Kaagaz (2021) for Zee5 starring Pankaj Tripathi directed by Satish Kaushik produced by Salman Khan films.

An avid sports person and sports enthusiast, Arko is passionate about cricket and continues to play as well. He has also done a short stint in Theatre with Feisal Alkazi.