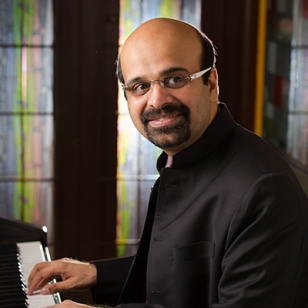 Chennai-based internationally acclaimed classical pianist and academic, Anil Srinivasan is one of the leading voices today in education. As an ideologue, he is a regular keynote speaker across India and abroad.

After touring the country and the world for almost two decades and having earned accolades and critical acclaim aplenty, Srinivasan set up Rhapsody 8 years ago, with a singular intent of Art Integration in learning with children in schools through a structured syllabi that is both physical classrooms learning as well as online support. His unrelenting passion and dogged determination to translate this dream into a reality that truly impacts children, many from underprivileged sections of society, has reached out to nearly 4 lakh children from across South India.

When Srinivasan is not teaching collaborative creativity, design thinking to his students at Krea University, or writing thought-provoking pieces on music and education for leading publications in India – The Hindu, New Indian Express, Scroll, just to name a few – he is mentoring his team at Rhapsody that comprises of teachers from across corners of south India, to understand sharper and more seamless ways of imparting Creative Intelligence to children.

With an M.Phil from Columbia University, Anil is the recipient of the Kalaimamani, the highest award for the Arts in Tamil Nadu. The Sangeet Natak Akademi award for Creative and Experimental Music, the Educator Extraordinaire from The Rotary Foundation and several other awards.

Anil Srinivasan is also the Brand Ambassador for CASIO India, a leading manufacturer of the Keyboard instrument and is also the Co-Founder of The Peninsular Studios where he also designed the idea of Live @The Peninsula Studios and Maestros as a producer.