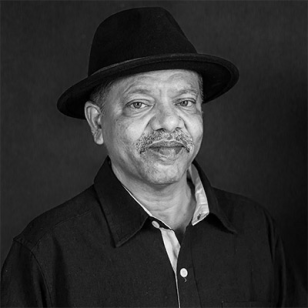 Alphonse Roy ISC, is a Naturalist, Wildlife photographer and Cinematographer. He entered into wildlife filmmaking under the guidance of veteran filmmaker Mr. Ashish Chandola. He has shot the most number of films on Tigers. He has filmed wildlife in Africa, Amazon, Mongolia, Columbia, Bhutan, Srilanka & India. His claim to fame was when Animal Planet decided to shoot a film on him titled Great Cats of India. He is one among the first few to have been lucky to film the snow leopard in the wild.

He has worked as wildlife Cinematographer and Presenter for many Natural history films which were broadcast on NATIONAL GEOGRAPHIC, DISCOVERY, and BBC. Most of them were produced by ICON FILMS, Bristol. He started as a Documentary cameraman before moving into Wildlife and has shot many documentaries as well. The Documentary film titled “Tibet the End of Time” directed by Harry Marshal of Icon Films won him an Emmy for his contribution as a cinematographer. He is the first Indian to have won the Emmy as a Cinematographer.

His uniqueness is he has been a good Documentary Cameraman and earned his feather of honour and in the arena of Wildlife he was Awarded Special Achievement in Cinematography for a film titled “Tiger Kill” by the Hugo International Television award in Chicago in the year 2008. He also earned his name in Bollywood feature films as a Director of Photography. His popular Box office hits include RAID with Ajay Devgun in the lead, GULAB GANG with Madhuri Dixit, AAMIR with Rajeev Khandelwal…………. He was awarded the Best Cinematographer award at the Singapore International Film festival for the Marathi film MAI GHAT. As a recognition of his body of work, he was ordained ISC by the Indian Society of Cinematographers.